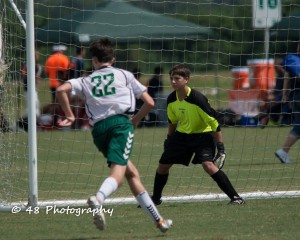 One of the things I really like doing is coaching. I often mention sports here on this blog and on our podcasts, as I feel that the lessons and values that can be learned when one competes athletically is invaluable. Whether it is how to monitor your physical and psychological health, how to use your body in ways that we don’t normally, or how to manage winning and losing, sport is a way to help us become well rounded individuals.

I do not believe that parents should force or pressure their children into particular sports. Research, in fact, suggests that encouraging children (especially younger children) to play different sports throughout the year is best, as this helps them to be more well rounded. Tennis, for example, requires a different set of physical skills than soccer. So to play both allows the body to develop more comprehensively.

In addition, playing different sports allows our kids to have varied experiences. While he may be a fantastic soccer player, he may be mediocre at tennis, and despite loving the sport, really bad at lacrosse. Although our tendency is to encourage our kids to stick with the sports where they excel, the opportunity to not be a starting player, to sit the bench, to not be the best, may be one of the most valuable lessons we can teach as parents and coaches. When they have these experiences in childhood, as they get older – reaching adolescence – and begin to specialize in one specific sport, they can apply these early experiences as their competition increases.

Yesterday, our soccer team played a tough match. And while we fought through and won, we had to work hard for the full 80 minutes (for our age group we are not quite up to the full 90 minute match times) to keep the other team at bay. To do so, there were some players who had little to no time on the field.

Some of these players, all of whom are 15 or 16 years old, were disappointed with this experience and came to me after the match asking, “Coach, what did I do wrong? What do I need to do to improve?” And while I, of course, responded to each of them individually, I also sent an email to the team explaining the situation. In short, I explained that there are times when a group of players find their flow and sync in such a way that it works well. And when they are battling against an opponent that is also talented, skilled, and in rhythm, to make any major changes would introduce at least a  temporary chink in our armor.

One of the skills that this experience – and sports in general – can provide is grit. Grit is the almost magical combination of passion and perseverance. It is the attribute that helps us press through challenges and disappointments. It is the characteristic that allows us to take times of frustration and use them as motivation to keep going and work harder, as opposed to using them as a reason to give up and make excuses.

Though grit is a relatively new term used to describe this phenomenon, most of us know what it means and can recognize it when we see it. Grit is the attribute that keeps you going, when others may throw in the towel. It is the characteristic that helps you find a way, when there seems to be no way through. It keeps you coming to practice and motivates you to work on your own to press on toward your goal.

We think of those impressively successful and brilliant minds that have changed the world. In sports we have athletes, such as Usain Bolt, Joe Namath, Christiano Ronaldo, Lionel Messi, and Mike Tyson, who take the sports we love and raise them to a previously unimaginable level. We have brilliant thinkers, such as Benjamin Franklin, Leonardo da Vinci, Louis Pasteur, Isaac Newton, and Albert Einstein, who seemed to see and think about the world in a different and unique way.

We see their successes and imagine that it all came so easily to them. Part of that is because they make it look that way. When you watch Lionel Messi take a soccer ball, beat six players, and then slide the ball past the keeper, he makes it look effortless. People would buy pay per view to watch Mike Tyson and expect him to knock his opponent out in the first round. We read quotes from Einstein and look at Ben Franklin’s list of patents and become dumbfounded at the way in which they seemed to think like no one ever has before.

But what we don’t see is that all of that skill, all of that impressive success is/was the result of grit. Messi had to overcome a diagnosis of growth hormone deficiency and had to receive medical treatment throughout childhood. That did not stop him from working hard, scoring almost 500 goals between the ages of 6 and 12, and I do not have to mention his list of accomplishments as a professional footballer.

Einstein reportedly suffered from dyslexia. As did Leonardo da Vinci and Thomas Edison. They had to overcome these limitations, and it was their passion and perseverance – their grit – that led to them becoming the icons we see them as today.

So I say this to my team as well as to other parents, coaches, players, and students — keep working. Keep going. Persevere. Set your goal and don’t take your eyes off of it. Plant, feed, and foster the growth of your grit. Because when you can look adversity, disappointment, and frustration directly in the eyes, take it on, and come through on the other side, that is where you will find success, happiness, and a new level of appreciation and understanding.